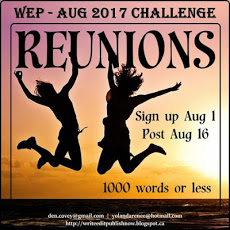 Oscar opened the door to the party room at the Cincinnati senior center and prepared for one final reunion with his World War II buddies. They’d been infantry men, part of A Company of the 1st battalion, 116th regiment. They’d been among the first to land on Omaha Beach on D-Day, going ashore at Dog Green. Within 15 minutes of landing, most of the company had been shot, their bodies shredded to pieces. Oscar and his friends were among the few survivors.

When the war ended, the men had returned to their home towns of Milwaukee, New York, Houston, Sacramento, Savannah, and Bloomington, Indiana. Chicago, Minneapolis, Salt Lake City, and Windsor Lock, Connecticut. They’d found jobs, married, and had children. None spoke of Omaha and the horrors they had endured on that bloody June day. There was too much life to be lived to focus on so much death.

But as their children grew and their nests emptied, as retirement took them out of the daily grind of working life, as they began traveling with their wives and visiting places they’d never had time to see as young men, their minds started to drift back to the summer of 1944. They allowed themselves to talk about what they’d experienced on the coast of France.

When the 50th anniversary of the day so many young men had been slaughtered loomed, Oscar realized he wanted to return to Normandy. He wanted to see Omaha Beach as it was now. As it had no doubt been for thousands of years. A peaceful stretch of coastline, with the waves of the Atlantic lapping the shore. The tide coming in, the tide going out. No blood, no screams of the dying, no terror.

For the first time in decades, he allowed himself to remember the men he’d screamed with, cried with, and found shelter with as bullets whizzed past their heads. He heard the cries of those who’d been shot and slaughtered as clearly as if their deaths had been five minutes, not five decades, ago.  And he wanted to know if his fellow survivors were still here, like him. Surviving.

So Oscar had arranged the first Company A reunion, and the men had traveled across the sea once more to meet on the bluffs of Omaha Beach. They’d visited the graves of those who had never been able to return to their home towns. They’d shed tears as they paid their respects in the cemetery marked with an unearthly silence and a sense of young lives taken far too soon.

From then on, they’d met every two years, taking turns hosting the reunions. Randy was the first one to leave them, felled by a cancerous tumor at the age of 75 rather than German artillery at 18. Harold went next, then Roger, Charlie, and Mick.

Two years ago, only three had been left to attend the Omaha reunion. Now, as Oscar prepared the room, he knew he would not be here by the time two years came around again. He hadn’t needed the doctor to tell him he only had about six months left, if that. There are some things a man simply knows.

So he’d reserved the room one last time. He’d asked his daughter to set up the folding chairs in a circle, the way the men had always sat when they met up. Now, he took out a folder of photographs.

The photos were taken when the men had first been drafted into the Army. They were young and trying desperately to look older and more distinguished. Their faces were those of innocence. Of neighborhood baseball games, summer jobs, first dates, and first kisses. Faces that had no comprehension of Omaha Beach and the horrors that awaited them.

Oscar sat down on the last chair and took a bottle of beer from the cooler he’d carried in from his car. He opened it and raised the bottle in a toast.

Through the window of the senior center, Oscar could hear a dog barking and a cat mewling in response. A bus stopped, let its passengers off, and drove away again. The footsteps of a runner pounded the pavement of the sidewalk, fading as the runner moved along. A horn honked and a man shouted obscenities. A police siren wailed. Two women talked and laughed.

The time was coming when there would be no one left who could remember Omaha Beach. No one who would think of D-Day, or the war itself, as anything more than a chapter in a history book.

But that time was not here yet.

Oscar sipped his beer and looked around the room at the photos of his friends. “Here’s to us.” 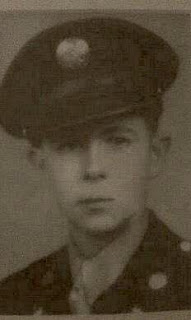 My story was inspired by this photo of my Dad, a World War II vet who reconnected with his war buddies in the 1990s.

I'm excited to be participating in the WEP hop for the first time. Thanks to Denise Covey and Yolanda Renee for hosting!