My Short-Lived Stint as a Dog Groomer 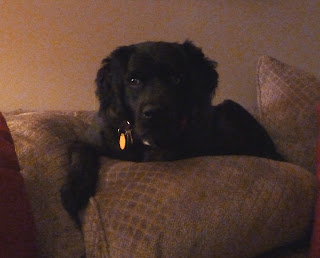 Last week I mentioned that I was reading Dog Grooming for Dummies in an attempt to learn how to groom my dog Clancy myself. Sadly, even a book for dummies was not simple enough to prepare me in any way for this task.

I got my supplies ready and was all set to go on Saturday afternoon. My mom agreed to be my grooming assistant and we bribed Clancy with treats so he would behave during our efforts. It turned out that Clancy's behavior was not an issue at all as he was an angel. The only issue was my complete incompetence with a clipper.

I spent two hours trying to clip Clancy and, if you've ever seen a dog with mange, you have a good idea of how poor Clancy looked by the time I was finished with him. He had clumps of hair sticking out all over and the more I tried to even out the clumps the closer Clancy came to being bald.

I finally stopped and called a real groomer in the hopes that someone could repair the damage. Needless to say, the groomer had little choice but to shave Clancy completely in order to even out my disastrous clip job. She tried to be nice and say that my work was not the worst she'd ever seen, but I told her there was really no need to spare my feelings, I knew the truth.

In the end, my attempt to save money by grooming Clancy myself cost me more than twice as much as a regular trip to the groomer. And, it may be years before I am able to look at a clipper again without having traumatic flashbacks. Poor Clancy was completely exhausted by the time the whole thing was over. 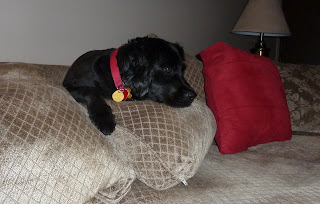 On the bright side, Clancy looks cute as can be with his newly shorn locks. And, his fur is so short that he probably won't need a cut again until November or later.

So all's well that end's well, and Clancy has forgiven me for my ill-advised grooming attempt. But, he has made me swear that I will never touch a clipper again and I have a feeling he's going to hold me to that promise. 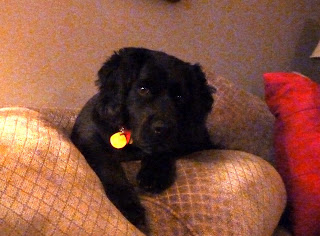 Posted by Julie Flanders at 7:28 AM