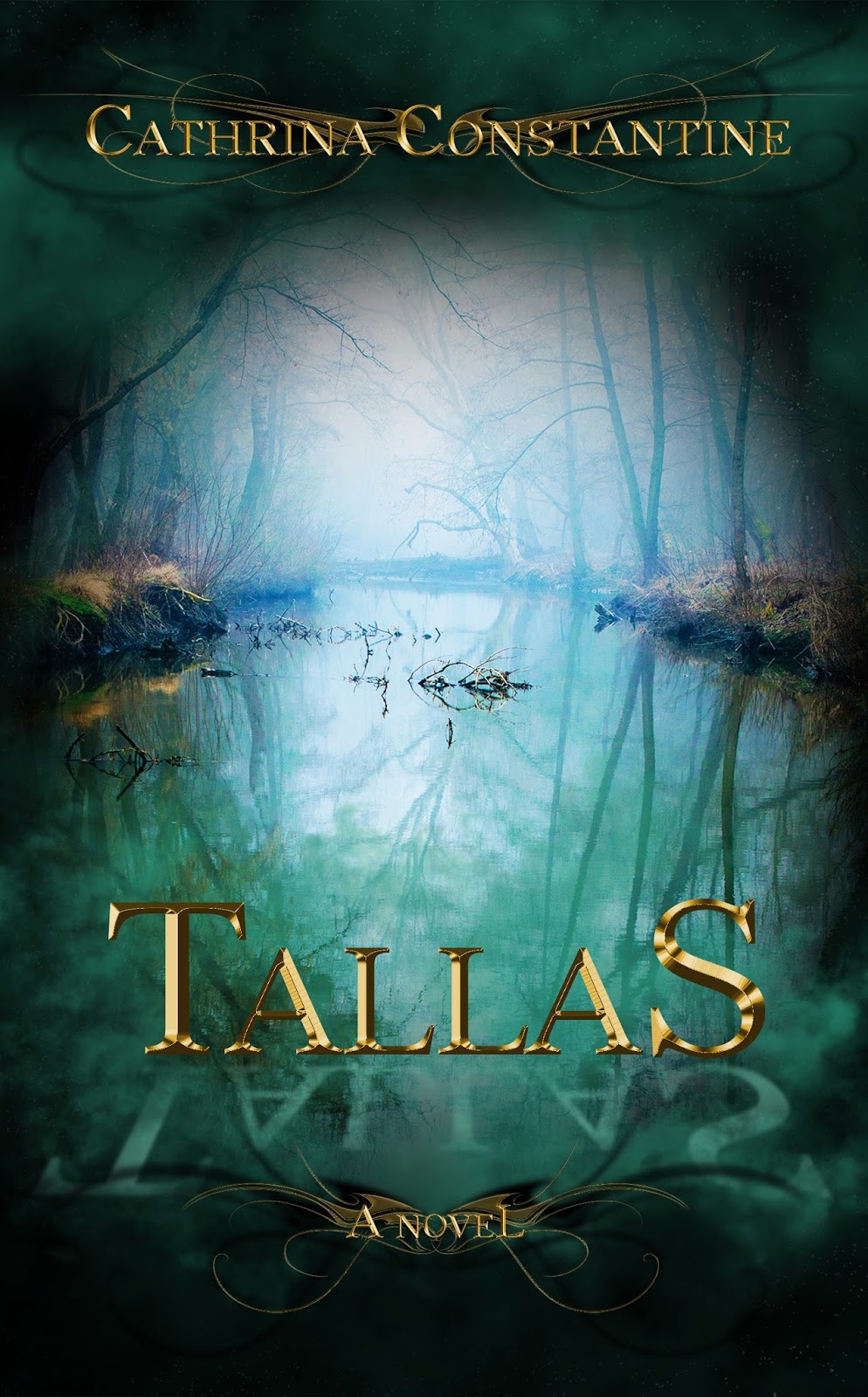 I am so happy to have my friend Cathrina Constantine here today to celebrate her new release TALLAS. Congratulations to Cathrina! Ever since I first saw this cover I have been so anxious to read the book, and I'm so glad it's finally here.

Cathrina is here to share this tense and chilling tease from the novel. She is also hosting a giveaway to go along with her release, so check out the rafflecopter at the bottom of this post.

Keeyla stopped when Fabal whimpered. He was hopping on one sneakerless foot while clutching the other.
“I stepped on a rock,” he whispered with a hurt look on his face.
Flustered, she rummaged in the satchel and withdrew a pair of scruffy sneakers. She shoved them on his feet then pecked a kiss on his forehead for reassurance. She knew her son was baffled by their strange flight, though, now was not the time to explain. She clasped his hand and rushed on.
By venturing far from the village, Fabal thought she was leading them to certain doom. He’d heard rumors regarding the peculiar creatures and oddities surrounding the forest. He eyed the approaching treeline and gasped. In the distance, dark silhouettes of giants with countless gnarled arms were bowing and stretching, and he and his mother were headed straight for them.
How did she miss seeing the giants that were waiting to snatch them? Distraught, Fabal yanked on his mother’s hand. She turned with a scowl, but continued to pull him toward the danger zone. With shallow breaths and widening eyes, he dragged his feet as she entered the gaints’ shadows.
As they drew closer to the looming menaces, Fabal breathed easier, recognizing the leafy branches of lofty trees, not a giant at all. Feeling silly, he felt a chuckle clutch in his throat. His relief at crossing the verge into the thicket was short lived when his mom spat, “Duck to the ground.”
Keeyla pressed a hand to Fabal’s spine, forcing him to the dry earth, her other palm cupping her mouth to stifle her own heavy breathing.
Tension gripped Fabal. All he could hear was the hard beat of blood in his ears.

Now I bet you want to read more. :D Here is the blurb and info on the book:

In a decimated world, setting foot outside the protected village of Tallas is certain death—or so they say. Mutations caused by those in the wilderness have plagued Tallas’s citizens—or so they say…

For Doogan and Keeyla their belief in a Free Tallas has lost its glimmer. And when their young son, Fabal, is given a very dangerous assignment, they risk everything to protect him. Fleeing Tallas, they head for the wilderness. But when they are ambushed by cruel Mediators, Doogan is recaptured, and while Keeyla and Fabal escape, she is severely injured.

Can the two of them survive in the wilderness? Will Doogan get away from the clutches of the Mediators? And are the terrible legends about the monsters beyond the walls of Tallas true? 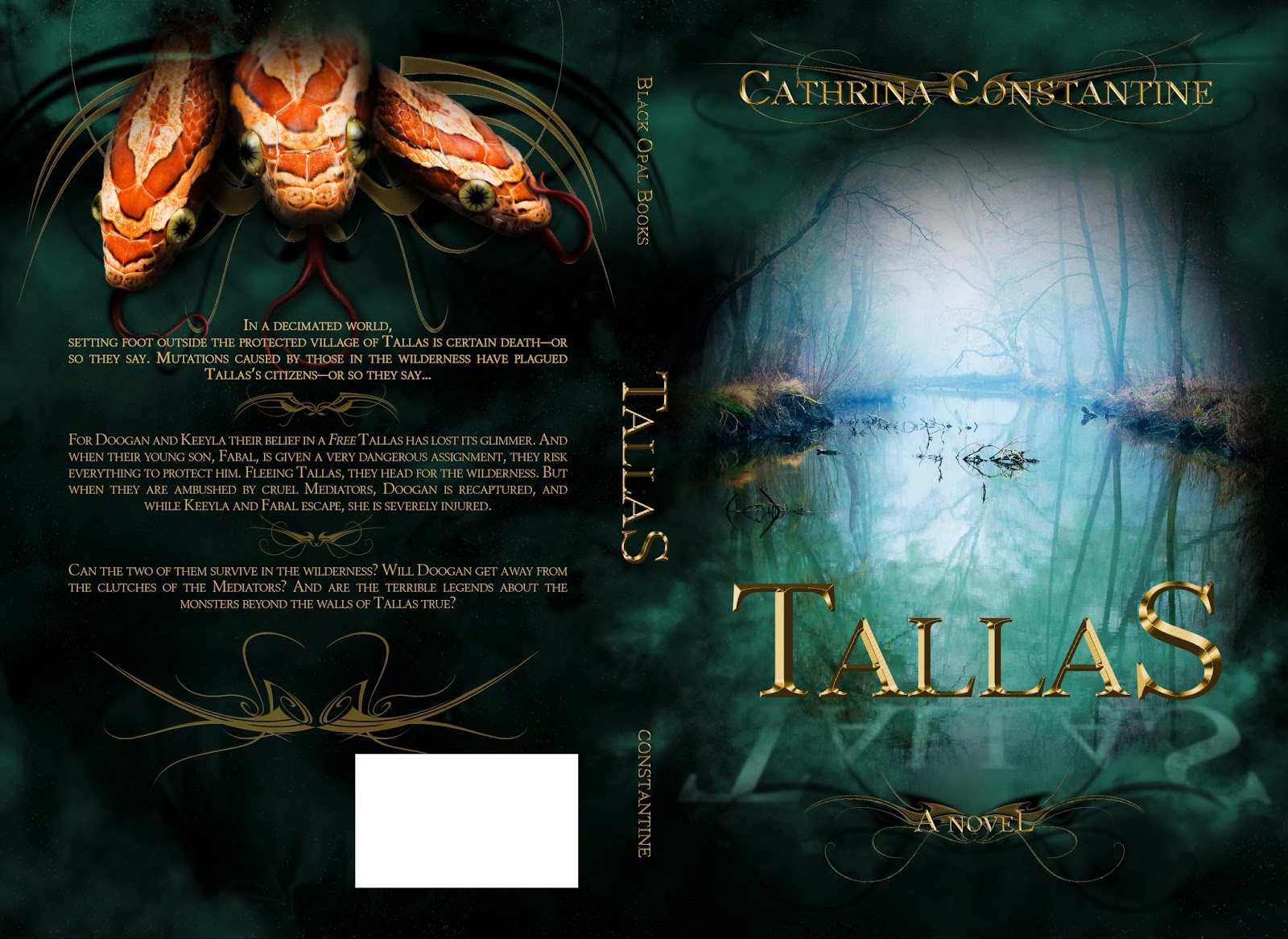 Cathrina resides in Western New York with her husband, five children, two Labrador Retrievers and two cats. Constantine is represented by The Belcastro Literary Agency. When not with her family, baking, crafting, reading, or stationed at the computer writing, you will find her walking in the backwoods with her dogs, conjuring up a new tale.

Also, R. Mac Wheeler has some great new covers for his Revenir books, so I'm excited to share them here as well. 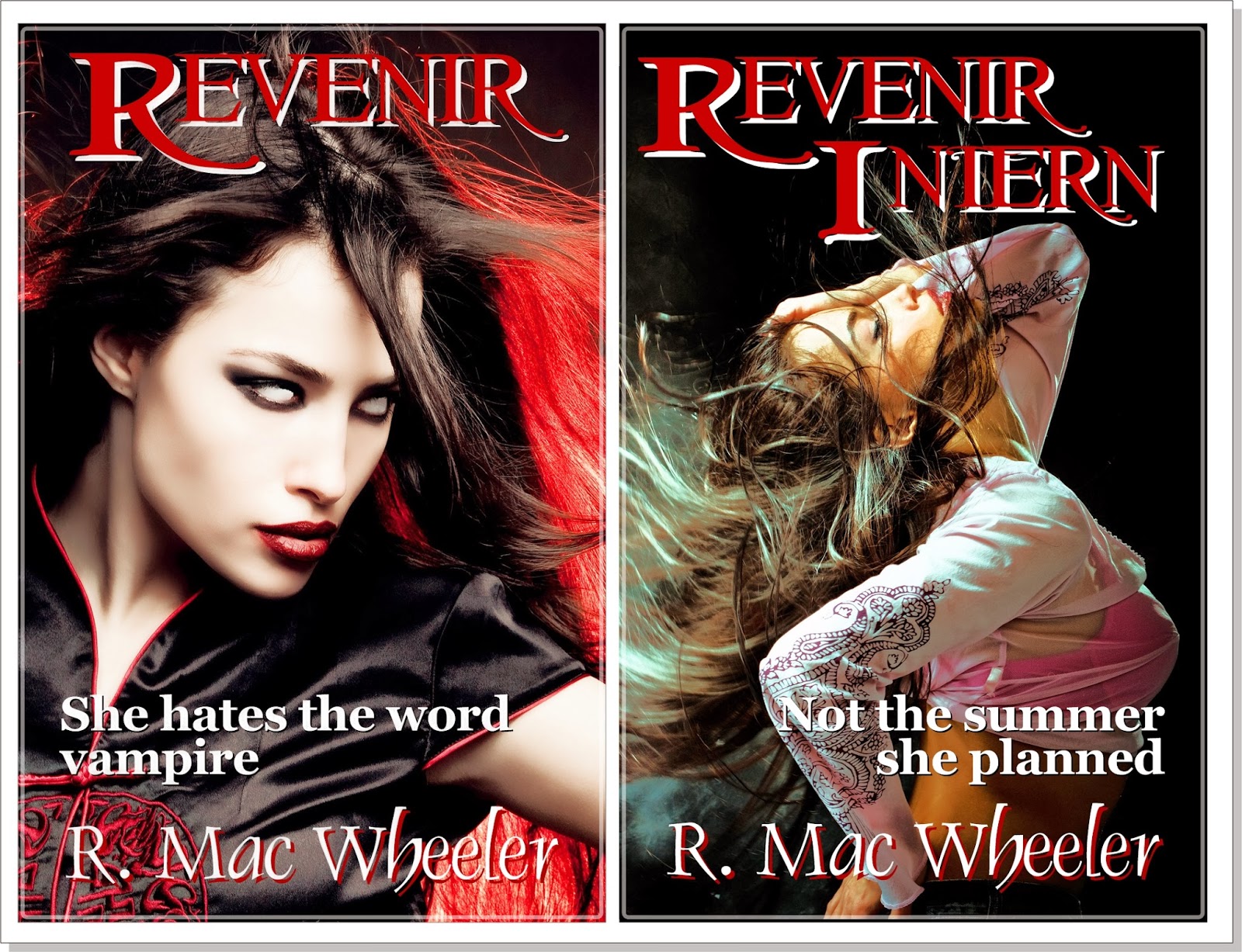 Here are the purchase links:

Huge congrats to both Cathrina and R. Mac!