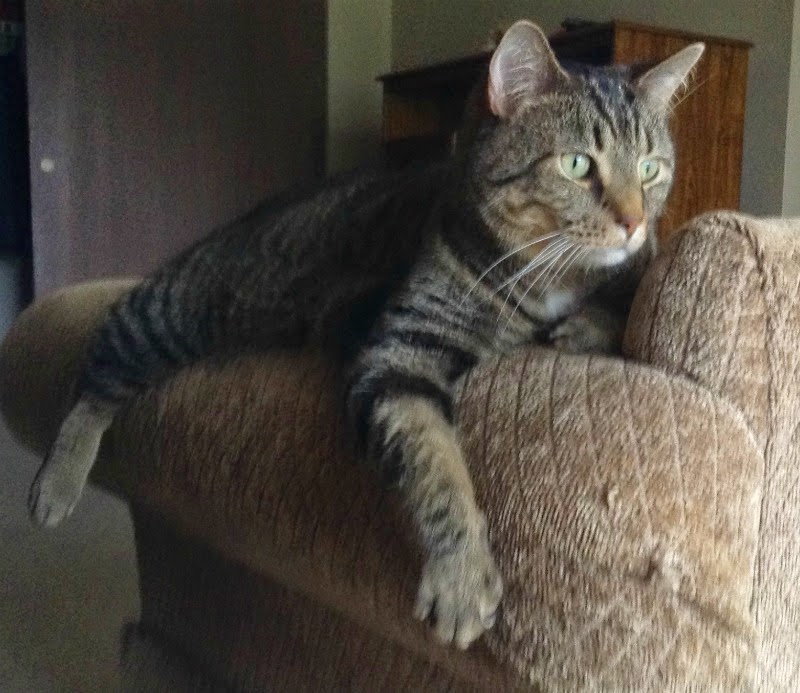 Today marks the start of National Animal Shelter & Rescue Appreciation Week, which was founded by the Humane Society of the United States in 1996 and is celebrated each year during the first week of November.

I adopted my Nate, shown above doing his best impersonation of a jaguar perched in the trees, from the Kenton County Animal Shelter in Northern Kentucky when he was just four months old. All of my pets have come from shelters or rescues and they are/were all the greatest pets in the world, so I have a great deal of respect and affection for these organizations and the people who keep them running. There are between six and eight million homeless animals in the United States each year and only about 3,500 shelters to help them, so it's clear that all rescues have their work cut out for them.

In honor of the week, The Humane Society offers ten tips for helping your local shelter or rescue, some as easy as "liking" and sharing about rescues on Facebook and other social media. Other ideas include donating supplies such as towels or cleansers or even making your own toys for the shelter animals in your area. To read the article and see the whole list of ideas, click here.

Nate didn't want me to include a dog in this post but I saw this video last week and I think it captures the value of animal shelters and rescues more than any words ever could. It's such a feel-good story that even Nate had to relent and he agreed that it fits perfectly with Shelter & Rescue Appreciation Week.

Kudos to this shelter and all the others across the country!

Post by Sea FM Hobart.
Posted by Julie Flanders at 4:00 AM