Claudia Must Die and Happy Holidays

Today I'm excited to share the new release by TB Markinson, Claudia Must Die. Congratulations, TB! If you don't already know TB you should really check out her work. She is a prolific and talented writer and a super nice person to boot.

One quick note before I get to the book. I don't think I'll be blogging the rest of the month so I want to say Merry Christmas, Happy Hanukkah, and Happy New Year now! I hope everyone has a wonderful holiday season. I am getting back on track with writing and blogging and life in general and I'm looking forward to starting fresh on the blog in January.

And now to the book! 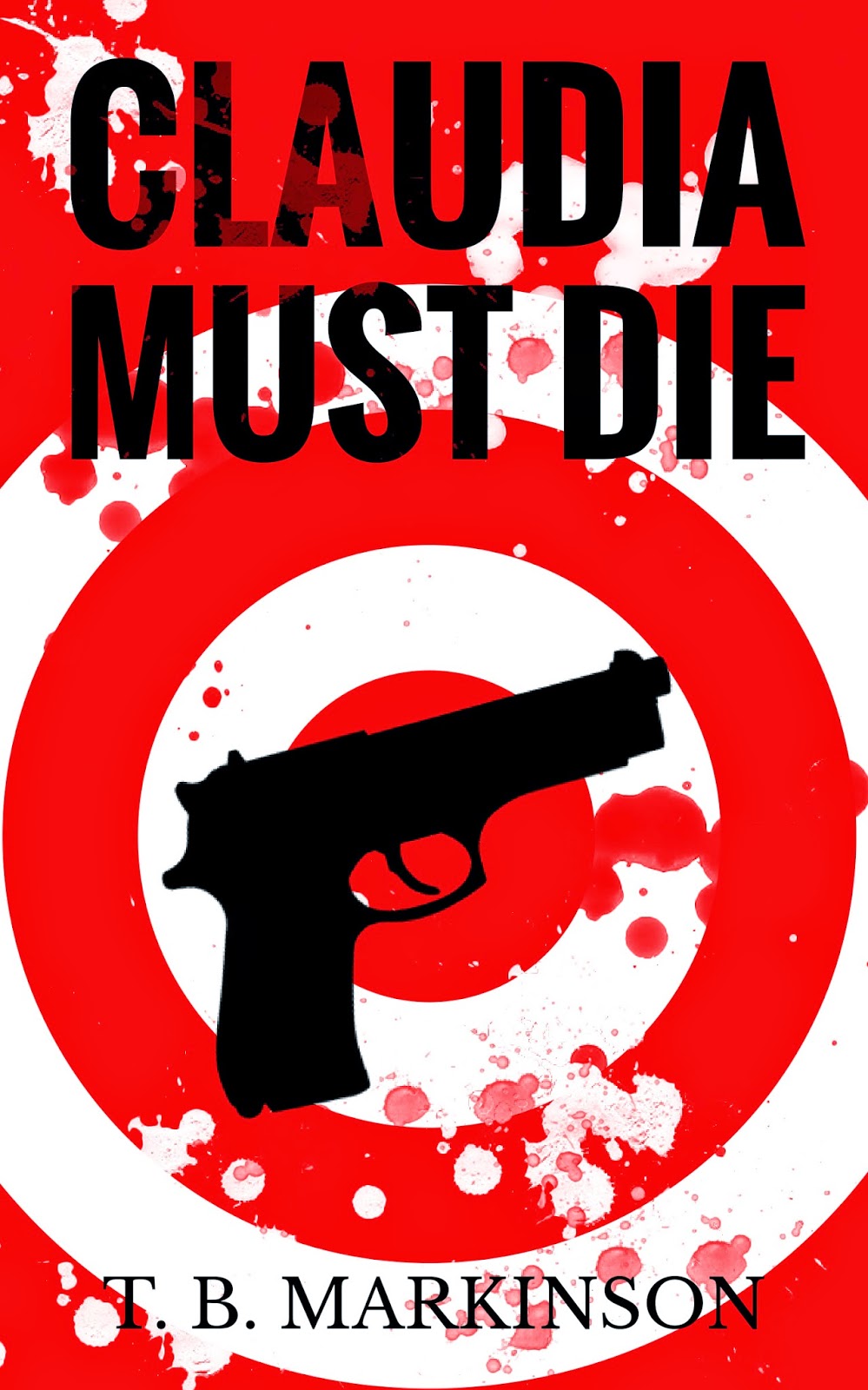 Claudia doesn’t feel like herself anymore—she feels like prey. Her husband’s hired goons have stalked her all the way to Boston and will only stop their pursuit once she is dead.

Divorce is not an option. Instead, she has stolen a bunch of her man’s money to disappear into another life.

In order for Claudia to live, someone else must die. A lookalike college student becomes the target capable of freeing her from an awful marriage.

The plan goes horribly awry. Instead of murdering Claudia’s double, the assassins shoot the woman’s lover who is the cousin of a powerful Irish mobster. Claudia becomes hunted by all involved. Can she survive? Should she?

At first, everything had been roses and wine. When others warned her about Dennis, Claudia laughed it off.
“Use your head,” Claudia’s mother had said. “How could a man in his early thirties make so much money owning a handful of run-down bars in two small towns in the West?”“What, you think he’s a drug dealer or something?” Claudia had broken into hysterics. “He hardly looks like a gangster, Mother. Dennis doesn’t wear any jewelry. Not even a wedding ring.”
In Claudia’s mind, a gangster would at least wear a gold necklace. And, he had excellent table manners. There was no way Dennis could be a thug. How many scrawny five-foot-six guys were?
They had married after seven months. Neither had intended to marry so quickly, but they had visited Vegas for a long weekend, got drunk, and got hitched. It wasn’t until Claudia moved into Dennis’s house that she started to notice things. He wouldn’t come home for days, and when he did, he refused to tell her where he had been. He racked up a lot of mileage on her car, not his. When Claudia asked about it, his reply was a cold stare that made her legs feel like jelly. Granted, one of his bars was in Greeley, but that was only a twenty-minute drive from their home in Loveland. How did the miles add up so quickly?         After a year, they started to fight constantly. Verbal arguments. After another year, the fights turned violent. Claudia ended up in the hospital—still nothing serious enough for her to walk out. Not yet. Instead, she started hoarding cash. In the beginning, it was a little bit here and there. It was simple. Claudia would request cash back when she used her debit card at the grocery store. Dennis liked her cooking; he never questioned how much his wife spent on food. When she realized her embezzlement plan would take years, not months, The Hunted chose a more drastic solution. The next time her husband crossed the line …

T. B. Markinson is an American writer, living in England. When she isn’t writing, she’s traveling around the world, watching sports on the telly, visiting pubs in England, or taking the dog for a walk. Not necessarily in that order. T. B. has published A Woman Lost, Marionette, and Confessions From A Coffee Shop.

Best of luck to TB and Happy Holidays to all! See you in January. :)
Posted by Julie Flanders at 12:00 AM