It's a busy day here today as brides are on the run and dragons are building their empires. And computers are driving me crazy. But I'll start with the good stuff!

I'm excited to be participating in Shelly Arkon's launch party and giveaway to celebrate the release of her novel, Secondhand Shoes. 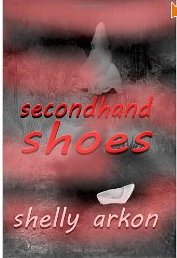 Shelly is inviting everyone to cheer on the runaway bride as part of her giveaway, so visit her here if you would like to enter.

If you know Shelly, you know she is always very generous with both hugs and chocolate, so today I am sending both back to her! Congratulations,  Shelly!

I'm also excited to be part of Heather McCorkle's blog tour for the release of her fantasy novel, The Dragon Empire. Congratulations, Heather!

For today's stop Heather is answering the following question:

Why write from a dragon's point of view?

Heather: Dragons have fascinated me since I was very little. They are well covered in literature but it's rare to find a story written from their point of view. I wanted to give voice to the creature that has captured my imagination so completely.

Here is a bit about it:

On Yacrana dragons are the advanced species. But advanced doesn't always mean civilized...

There's trouble in the Dragon Empire, the kind that could start a war between dragons and the races of people. Hidden factions of dragons believe they should rule the lesser races, not simply stand aside and allow them to develop as they will. Having lived so long in peace, the Emperors turn a blind eye, many oblivious that such attitudes even exist.

Despite being only an architect class, emerald dragon, Grendar is willing to risk banishment and death to stop that which his rulers refuse to see. The hope of peace lies not within the scaled breast of a dragon however, but within the hands of a group of people. But if the hidden factions have their way, these people won’t live to fulfill such a destiny. With a reluctant seer at his side, Grendar must leave his precious Empire for the outside world to save those that will one day save his kind.

While The Dragon Empire is for ages young adult and up, it does contain mild violence and some difficult subject matter. 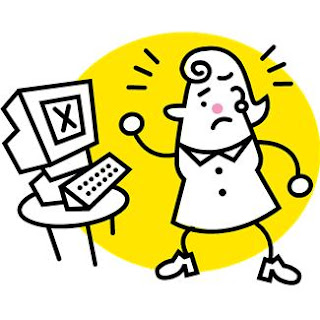 Finally, I've been having problems with my Internet at home since before Christmas, and last week it finally died on me for good. I'm hoping to get my new modem set up today and have everything working again but, as we all know, sometimes computers have a mind of their own when it comes to this sort of thing.

I know I haven't been able to keep up with visiting blogs and connecting on other sites in the past week, but I hope that will change after today and I can get back to a more normal routine on Friday. Please keep your fingers crossed for me! I may end up in the psych ward if my new modem doesn't fix the problem. ;)

See you all on Friday (I hope!) for big cover reveals from Alex J. Cavanaugh and Annalisa Crawford, and for another celebration of the small things with Vikki.
Posted by Julie Flanders at 8:25 AM