V is for Volcanoes


Having seen the Day in Pompeii exhibit at the Cincinnati Museum Center last year, I am totally creeped out by volcanoes. Given that, Alaska would probably not be a good place for me to visit, as a volcano erupts each year there on average.

The eruptions in Alaska are typically ash instead of lava, and the majority of the volcanoes are found on the Aleutian Islands or the Alaskan Peninsula. They are part of the "ring of fire" that encircles the Pacific Ocean.

The Redoubt Volcano on the Aleutian Islands erupted in December, 1989 and continued to erupt for the next six months. The eruption brought on devastating mudflows which inundated Cook Island, located about 22 miles from the volcano itself. Ultimately causing $160 million worth of damage, the Redoubt eruption is the second costliest eruption in United States history.

This image was taken in April of 1990, when Redoubt was in its fifth month of eruption.


Redoubt erupted again in April of 2009. 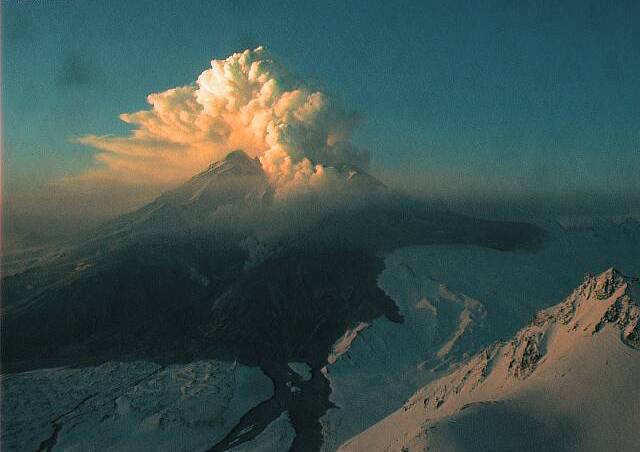 Have you ever seen a volcano? I'm happy to say I have not.

My A-Z theme of Alaska is inspired by my debut novel, Polar Night, which is set in Fairbanks and the Alaskan Arctic. Click here for all the info on the book.
Posted by Julie Flanders at 2:00 AM