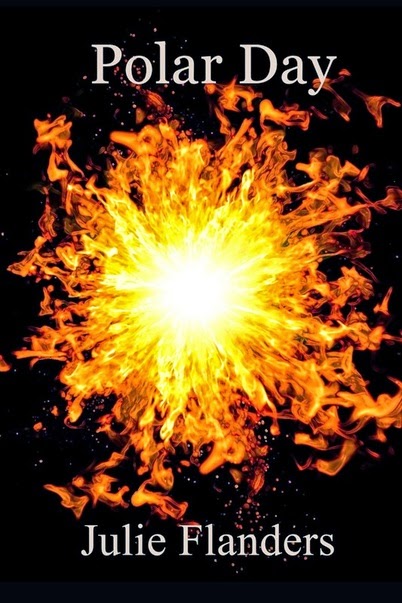 My new book Polar Day will be out on February 5 and I thought I'd share a little taste of the book here today. This excerpt features Aleksei Nechayev, the antagonist of both Polar Night and The Turnagain Arm. Aleksei is a supporting player this time around, but he's still up to no good. :)

The inquisitive Fairbanks detective Danny Fitzpatrick had ruined the peaceful home Aleksei had maintained in the Arctic town of Coldfoot for decades. He enjoyed checking in on the detective and, while he couldn’t help but feel a strange fondness for the man he had chosen to let live, he always hoped to find him struggling with some new problem. He was tickled to see that this time he got his wish.
Aleksei grinned from ear to ear as he read about the mysterious fires that were plaguing Fairbanks while the city suffered through its worst heat wave in history. How fascinating! And by all accounts, the police, including the dear detective, had no idea who was starting the fires or even how they were doing it.
Fire was one of the few things Aleksei feared and hated as much as humans did. He still remembered the time he had been nearly burned to death by a male witch not long after he’d arrived in Alaska. He couldn’t help but wonder if a supernatural force was responsible for these fires as well. Was there a witch on the loose in Fairbanks?
Since he was safe and sound on the other side of the world, Aleksei desperately hoped so. How would his favorite detective deal with a situation like that? And what of the fire starter? What was his, or her, motivation? What was the game?
His lousy winter here in Australia had suddenly taken a surprisingly lovely turn. Clearly, the summer in Fairbanks was turning out to be more horrific than anyone there could have imagined. He couldn’t wait to see how it all unfolded. It was going to be such fun.


If you'd like another peek, you can also read the first chapter here at my website. And to enter to win a signed copy of the book, check out my Goodreads giveaway. 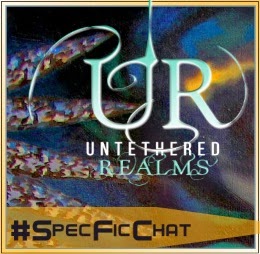 Also, my writing group Untethered Realms has started a new monthly chat on Twitter: #SpecFicChat. We're talking about all things Speculative Fiction. M.Pax kicked things off on Friday with the topic "Punking it up. What’s the attraction of Steampunk?" The chat is ongoing and you can join in any time - just use the #SpecFicChat tag. River Fairchild will be hosting the next chat on Friday, February 20. If you're interested in Speculative Fiction please jump in and join us!

Finally, thank you to everyone who has supported my Polar Day Thunderclap campaign! At the time of this writing I'm at 80 supporters and only need 20 more to get my message sent out. If you haven't already and are willing to support me please do so here!

Hope everyone enjoyed the weekend and has a good week ahead! :)
Posted by Julie Flanders at 1:00 AM