Hello, all! I'm still catching up with life after being on vacation, (I had a great time and came back feeling recharged and happy, yay!) so I'm turning the blog over to Tara Tyler today to showcase the stunning cover for her upcoming novel Simulation. Tara also has a great bit of writerly advice to share. But first I just want to say thank you to everyone who shared about my free books last week and over the weekend. I really appreciate the support! Thank you all so much. :)

And now on to the Simulation cover!


To go with the cover reveal, here's a bit of writerly advice from Tara Tyler...

I have a terrible memory that gets worse all the time (where's my phone??) So I use a spreadsheet for each book to help me remember names I've used, gadgets and symbols I create, how to spell things, etc. I also keep track of my chapters with my own titles when I have to check on something... How do you remember the details of your writing??

Now,
It's finally here!! I give you the taunting cover of SIMULATION! 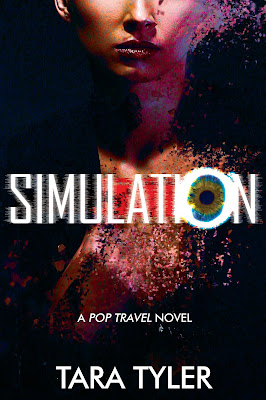 In 2082, androids are an essential part of daily life. Some are helpful, some would make better toasters, and some are so human-like they're creepy. Back in Atlanta, Detective Cooper's latest client has him searching for her boyfriend who she thinks was replaced by a simulation, an illegal clone android. The guy also happens to be a popular new congressman.

To make matters more frustrating, Cooper keeps crossing paths with his ex, FBI Agent Geri Harper who is looking for the same guy. As Cooper closes in, Geri is kidnapped. But when she resurfaces in Washington and goes on a killing spree, he knows it isn't her. Now under suspicion himself, Cooper must find the real Geri to prove her innocence, not to mention hunt down the powerful villain behind it all. Never a dull moment. 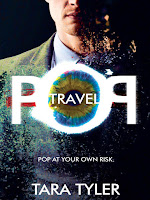 In 2080, Detective J.L. Cooper thought he could avoid pop, until he stumbles onto a video of a traveler who turns to dust. With help from the neurotic, genius “Creator” and a beautiful Southern charmer, Cooper has to expose the deadly glitch and shut it down or die trying. No problem. 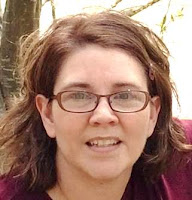 Tara Tyler has a loud voice, loves to help others, and is ever forgetful. That's why she always writes things down, sings, and teaches. She has no idea how she became a writer, but as long as the characters and stories are flowing, she'll never stop! Tara is also the Lazy Housewife, one of the Really Real Housewives of America - a new blog dedicated to doling out tips and advice on how to economize time and money for a happier life.

Only a few days left for the POP TRAVEL giveaway!!
a Rafflecopter giveaway
Posted by Julie Flanders at 12:00 AM