It's time for my second blogfest of the week, the Favorite Summer Reads fest, hosted by Cherie at Surrounded by Books. 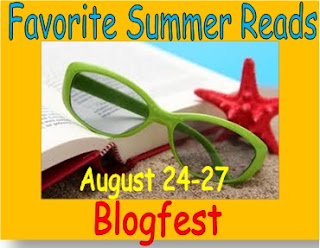 Since Cherie is hosting this Blogfest to celebrate the first anniversary of her book review blog, Surrounded By Books Reviews, I wanted to say Happy Blogoversary to Cherie before I get to my summer reads choice. Congratulations, Cherie!! :)

Now, to the fest, I couldn't really think of a particular book that I would consider my favorite summer read, so I decided to pick the book series I spent most of this summer reading, the Sookie Stackhouse series by Charlaine Harris.

I first tried reading this series back when I watched the first season of True Blood. Before that, I had never even heard of the books or of Ms. Harris. When I tried to read the first book I didn't care for it at all, and I don't think I even finished it. I quickly gave up on the idea of reading the books.

But this summer I decided to try them again, as I've continued to watch the show and wanted to give the books another shot. I picked up the fourth book in the series, Dead to the World, and started from there. I admit, my primary (okay, maybe only) reason for starting the books again was because I have a great deal of affection for the vampire Eric Northman. 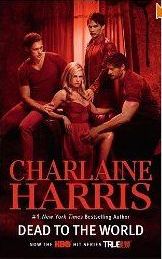 I ended up reading the rest of the series, up to the most recent installment, which is the eleventh, and to me the books were all what I would consider a perfect summer read. Not great literature by any means, but they are fun stories with likeable and quirky characters, and they are quick reads. And, best of all, they have Eric Northman. :D

So that's my summer read. Thanks to Cherie for hosting this fun fest!