U Got the Look Meme 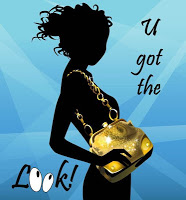 I've been tagged for the U Got the Look meme a few times now and had been meaning to post about it but, as my mind seems to become more scattered each day, I kept forgetting to do it. Last week I was tagged by the wonderful Annalisa Crawford, so I decided to hurry up and do the post before I forgot yet again.

Annalisa was a fellow NaNoWriMo participant this year and decided to use her NaNo project for the meme. She suggested that those she tagged do the same, so I thought that could be a great way for me to get back to my project and start the editing and re-writing I've been putting off since NaNo ended.

So here is my excerpt from the opening chapter of  The Ghosts of Aquinnah:

Christopher looked down at the currents swirling around the submerged deck of the wrecked ship, and his heart sunk. It was no mystery why the rescuers couldn't come any closer. The currents could easily pick up their boat and slam it into the wreckage.

Christopher knew there was nothing to do but let go and fall into the churning waters. In a way it would be a relief, as he couldn’t hold on to the rigging much longer anyway. He stared at the men in the boat and then glanced back down at the sea. Within seconds, he dropped into the waves below.


Thanks to Annalisa for tagging me! I'm terrible at picking out people to tag as I think it's impossible to choose, so I'm just going to send out a general tag to everyone who comes by here and wants to do the meme. I always love reading everyone's excerpts.

Last week was crazy here as it was the end of the semester at work and I made the terrible mistake of trying to switch to a new internet and cable service at home. At first I thought the switch went very smoothly, but I should have known that was too good to be true. After several heated phone calls, numerous attempts to hook up various wires and cables, and time wasted booting and rebooting modems that didn't work, I ended up going back to the internet I already had. It's safe to say the week was a complete fiasco.

As a result, I ended up taking an unplanned hiatus from the blogosphere and fell way behind on my blog reading, so I'm anxious to get caught up as much as possible this week.

Also, Lisa Regan will be here tomorrow as part of her blog tour for her debut novel Finding Claire Fletcher. Lisa's going to be talking about when she knew she wanted to be a writer. I'm excited to have Lisa here, and I can't recommend her book enough.

I hope everyone had a good weekend and I'm looking forward to catching up with everything I missed last week.

Posted by Julie Flanders at 6:23 AM