All this month I'm spotlighting my fellow authors from our Untethered Realms group. First up is Angela Brown, author of the recently released Frailties of the Bond and Neverlove.

I read Neverlove a few months ago and it was a fabulous read. You can find my review of the book here. I haven't read Frailties yet, but I know anything Angela writes will be great. So without further ado, here is all the scoop on Angela and her work. 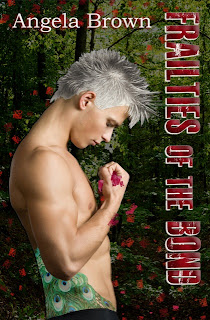 FRAILTIES OF THE BOND is the first in a series of novellas and short stories introducing heroes and heroines of the secret organization, NEO – Network of Extraordinaires and Otherwordlies.

Those who answer the call from NEO play their part in maintaining balance in our ever-changing times. With power-hungry malcontents, jealous gods, and even those with misguided good intentions, the fate of our world has oft been held in the hands of unsung heroes such as those that are members of NEO.
But before NEO, these heroes and heroines had lives, loves, issues and interests that didn’t involve saving mankind.

In Frailties of the Bond, it only takes one bite to change a life…

After a hiking trip gone wrong, sixteen-year-old Luca should have been dead. Since then, he’s drifted from one school day to the next, annoyed by the looks of suspicion. When a vampire attack claimed his mother and forced his first shift into animal form, Luca set out for Texas, vengeance bound, only to discover so much more when Aimee crossed his path.

Flesh-born of vampire parents sixteen years ago, Aimee shouldn’t exist. Magic, though, made dreams come true for an undead couple desperate for a child all their own. But this magic came with a price, a cost Aimee discovered after one forbidden bite. 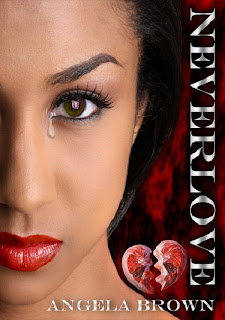 NEVERLOVE is a special project spawned from a blog-challenge-turned-blog-opera, the Abby and Basil affair. It is the first in the Shadow Jumpers series.

For seventeen-year-old Abigail, one rash decision leads to an unexpected chance for redemption. At V'Salicus Academy, a unique institute where she trains to become an agent of heaven, she struggles with the pain of her past, the changes of the present and accepts a loveless future until her path – and heart – crosses with Basil’s.

Basil's off-chance slip of the tongue binds him to a life of servitude to the Devourer, the master of hell. His existence has no upside until a chance meeting with Abigail brings new perspective.

Keeping the truth of their present lives from each other brings disaster when secrets are brought to light and the life of Abigail’s mentor is put on the line.

Can Abigail and Basil save her mentor and salvage their love amid the chaos? Or will they lose it all, destined forever to NEVERLOVE? 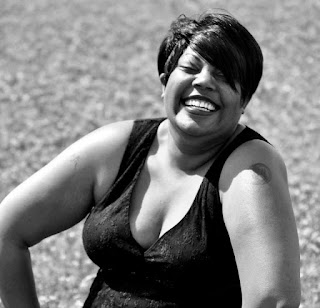 Reading and writing have been lifelong passions. It was around the time she gave birth to her forever-love, nicknamed Chipmunk, that she really took writing seriously. After all, how could she teach her child to follow her dreams if she hadn't tried herself?

As a YA fantasy/sci-fi reader and author, she favors the magical, mysterious, the darker side of life...even harbors a secret fright for things that go bump in the night.