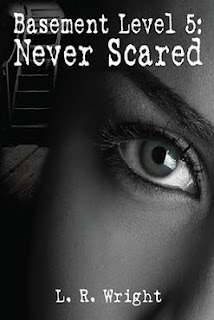 I'm excited to interview L.R. Wright, author of Basement Level 5: Never Scared, today for day two of the Blogger Book Fair. Welcome and thanks for being here, Leslie!

Basement Level 5: Never Scared is about a woman torn between her past and her future.

Alexa Martinez is in danger and she must make some hard decisions to ensure her children's safety.

Blurb:  Alexa Martinez was raised to believe that murder, deceit, and lies were a part of life. A trained killer, she follows in her father’s footsteps, specializing in political assassinations for Martinez Security—contracted through the CIA. She thrives on the power, money, respect, and—most of all—the adrenaline rush.

Despite the danger associated with her profession, Alexa strives to give her children a normal life. But when her past catches up with her, they become pawns in a deadly game of revenge. Operating from a secret base, five levels below ground, Alexa struggles to unravel the puzzle, uncovering secrets that will alter their lives forever. Now she must make a choice—is she willing to die to give her children a life outside the bullet-proof glass?

2.    What genre or genres do you enjoy writing?

When I was a little girl, I often made up elaborate stories with my Barbie Dolls.  Eventually, I decided I wanted to pen a soap opera.  I never thought I’d actually write a book.

I work full-time as a Judicial Service Officer.  Basically, I write child support recommendations.  Can’t say much more, but I can definitely write 50+ books based on the things I’ve heard. Lol

I’ve always been a dreamer.  I love writing because it allows me to put my dreams on paper.  I enjoy taking a flawed character and making them root-worthy.

6.    Anything you don’t enjoy or struggle with when it comes to your writing?

I guess my biggest struggle is time.  I am so busy with kid’s schedules, husband, work… I wish I had more hours in the day to write.  I try to write every day, but I may barely even get in one hour a day or writing.

7.    What other passions or interests do you have besides writing?

I have an awesome family, so I LOVE hanging out with them.  I also enjoy planning events.  In fact, I plan several per year.  It’s kind of like a side-job for me.

Half-empty.  What can I say, I tend to be more negative than positive.  BUT I’m working on it.

9.    What would you consider your dream vacation?

I’d love to go to St. Thomas.  I’ve never been to an island.

Um…. I guess I could say Chicago.  I love the city, the shopping, and the food.

I’m most like Sydney (she’s the main character in my WIP, It’s Complicated).  Sydney is intelligent, but she’s all over the place (LOL).  Trying to do TOO much (that’s the story of my life).  And she’s WAY too dramatic (that’s me, but I’m working on it).

I’m least like (although I would love to be like her) Alexa.  She’s confident, brave, fearless, loyal.  While I’m loyal, I haven’t really mastered her other characteristics.  I’m a work-in-progress.

It’s Complicated is the story of a woman torn between two brothers.  Sydney only put 3 things on her Run-Away-From-Suffocating-Boyfriend-List:  Career first, Avoid scandal, and Stay away from relationships that suck the life out of you.

She’s enjoying her uneventful relationship with her new boyfriend, Caden, until one betrayal, two fifths of Patron, and three years of pent up lust threaten to destroy everything.

She wakes up with a hangover and… Morgan, Caden’s brother.  Oops.  So much for avoiding scandal.

Whoever was trying to kill her didn’t know her very well, or they’d have sent enough men to do the job...

As Alexa neared the street, a shadowy figure turned into the alley. She froze. The sun had already gone down, so she wasn’t sure if he’d noticed her. Cautiously, she slipped behind a trashcan and leaned against the wall of the store.

“No, I didn’t,” responded another man. “I checked the whole store. She’s nowhere in sight.”

“How did she slip past us?”

She closed her eyes and wondered how she was going to get out of this. Grabbing an empty pop bottle, she pitched it behind her. Footsteps raced toward the sound. Once they were passed her, she bolted for the street as fast as she could go. It seemed too easy, but she went with it—until she ran right into a third man, who grabbed and hauled her off her feet. She struggled, kicking and punching him. Finally, he lost his grip and dropped her.

She immediately socked him in the balls. It stunned him, but not enough to disable him. He grabbed her hair as she slammed him in the knee with her good foot. His leg buckled, but his grip remained steady. She grabbed another stray bottle and bashed him in the face. Releasing her, he collapsed to the ground with a thud.

Another man advanced toward her and she kicked him in the chest. Yanking her knife from its hiding place, she thrust it into his neck. As a third man charged her, she pulled the knife out and plunged it into that man’s leg.


A groan pulled her attention back to the first man, who was struggling to his feet. She slapped him across the cheek with the butt of her gun. He slumped back to the ground. She leaned down and peered at his face. “Who the hell sent you?”

Basement Level 5: Never Scared can be found at:
Smashwords

Where to find Leslie: 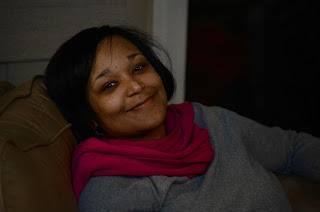 
Thanks again to Leslie for being here with me! Visit Leslie's blog for the interview she did with me. I am also visiting with Shah Wharton today as part of the fair so please visit me at her site here.
Posted by Julie Flanders at 4:00 AM