Abel's Hill Cemetery on Martha's Vineyard dates back to at least the 1700s and to my knowledge is one of the oldest cemeteries on the island. I have so many ancestors buried at Abel's Hill that it can be a bit eerie to go there and see my last name on what feels like every other stone.

The cemetery is the setting for a key scene in The Ghosts of Aquinnah so I thought I would share a few cemetery ghost stories for today's post. While I was unable to find any ghost stories about Abel's Hill, anyone who has been there on a foggy and dark evening can tell you that it's a safe bet that there are some ghosts hanging around there at any given time.

All of these stories involve cemeteries in Connecticut, which was my father's home state.


The Green Lady cemetery is no longer in use, but the old headstones remain on the small plot of land in the town of Burlington. Visitors to the cemetery have reported a greenish figure appearing around the tombstone of Elisabeth Palmiter, who drowned in a nearby swamp while searching for her lost husband during a crippling winter storm in the early 1800s. Many believe Elisabeth now haunts the land as the Green Lady.


Gunntown Cemetery is located in the town of Naugatuck, in a rural area that is surrounded by woods. Visitors to the cemetery have reported sounds of music and children's laughter coming from the woods in the middle of the night, with the noises growing louder and louder until they seem to be coming from inside of the cemetery itself. Others have said they have received calls on their cell phones while in the cemetery in spite of the fact that they have no cell service in the area. The calls have no number listed with them and no one on the other end of the line when the phones are answered.


Union Cemetery in Easton is reportedly one of the most famous haunted cemeteries in the country thanks to its resident ghost, The White Lady of Union Cemetery. The lady is said to glide through the cemetery and around the tombstones wearing a white nightgown or wedding dress. Visitors to the cemetery have reported hearing disembodied sounds of a woman sobbing. In addition, a man reported driving past the cemetery on Route 59 late one night when a women in white suddenly appeared in the road in front of him. Unable to stop, he struck the figure. But when he got out of his truck, she was nowhere to be seen. Numerous drivers have claimed to have seen the ghostly woman in a white dress while on Route 59 at night.

Do you know of any haunted cemeteries? I would imagine there are quite a few! 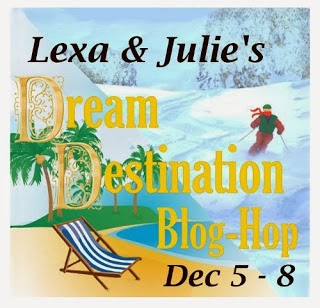 I want to say thank you again to everyone who has signed up for Lexa and Julie's Dream Destination Blog Hop! Lexa and I are totally overwhelmed by the response and so grateful to those who have donated to our prizes. I am including an updated list of prizes here along with the sign up list. You guys totally rock!


Ebook copies of our books The Ghosts of Aquinnah & Soul Cutter
A 5 page critique from Lexa's agent Michelle Johnson of Inklings Literary Agency
A query critique from Michelle Johnson
An ebook bundle from my publisher Ink Smith Publishing
An ebook of Champion in the Darkness by Tyrean Martinson,
A digital copy of The 13th Floor Complete Collection by Christine Rains
An ebook of Drowned Sorrow by Vanessa Morgan
An ebook from M. Pax
A Kindle copy of BESTEST. RAMADAN. EVER. by Medeia Sharif
An ebook from Nicki Elson - winner's choice of Three Daves, Divine Temptation or Hans & Greta
A Kindle copy of The People We Used to Be by Madeline Mora-Summonte
A 5 page critique from C. Lee McKenzie 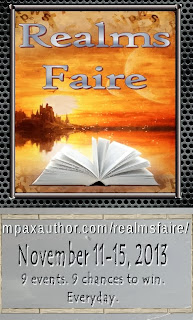 And finally, the Realms Faire is in full swing and prizes are going like crazy. Visit M.Pax here for a full list of ongoing events and visit our Untethered Realms blog here to play Phasers and enter to win our Kindle grand prize!

Posted by Julie Flanders at 3:30 AM