A Christmas Recipe from Brinda Berry & the Cutlass Cover Reveal

Kind of a busy day here today as I am hosting Brinda Berry and also participating in Ashley Nixon's cover reveal for her upcoming release Cutlass.

The latest book in Brinda's Whispering Woods series, Watcher of Worlds, will be released this Friday, December 20. Ashley's Cutlass will be released in April, 2014. Congratulations to both ladies! 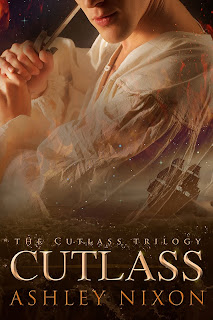 Notorious pirate Barren Reed has one thing on his mind: Revenge against the man who killed his father. So kidnapping his enemy's fiancé seems a perfect plan…until he actually does it.

Larkin Lee is more than a pretty face and fiancé to a powerful man. Her fierce personality is enough to make any pirate want to push her overboard.

But when the King of the Orient comes to Barren with a task—to find the Bloodstone, a powerful gem thought only to exist in legend, Barren sees another opportunity to destroy his enemy. Together, Barren, Larkin and a crew of pirates set off to find the stone, only to discover it caused the death of Barren’s own mother and Larkin’s, too. As his strongest allies turn into his greatest enemies, and the life of the girl he kidnapped becomes more important than he ever dreamed, Barren’s quest for revenge becomes a fight to save the Orient.

Ashley is holding a giveaway for a $25 Amazon gift card at her blog to celebrate the reveal so be sure to visit her and enter!

Next up, Brinda Berry and I are switching blogs today and sharing Christmas recipes that relate to our books. I know my family will find it funny that I am sharing recipes since I am truly the world's worst cook, but Brinda swears that her recipe can be made by anyone. So I have hope that even I could make it!

Please visit me at Brinda's for a recipe that I probably couldn't make but I think my character Stella from The Ghosts of Aquinnah could. Take it away, Brinda. :)


I'm swapping blogs today with the Julie. She's at my place and is sharing a yummy recipe related to The Ghosts of Aquinnah. When Julie and I decided to share recipes related to our books, I had a difficult time narrowing down the choice.  The story in my upcoming release, Watcher of Worlds (Whispering Woods #3), takes place during the holiday season. My characters enjoy lots of delicious food since they're celebrating Christmas. My main character, Mia Taylor, has a best friend named Em. Em made macaroons that weren't so delicious. Actually, the cookies were inedible. Poor Em.

So, I think I'll share a recipe that even the worst cook can make. I'm actually a pretty good cook (according to me and not my husband), but I like to know I can fall back on something simple in the worst case scenario. Like making an inedible batch of macaroons.  I don't know where I first found this recipe, but I make it anytime I'm in a hurry for a dessert. I keep the ingredients on hand and prep time is nonexistent.


You Can't Mess This Up Cobbler:

I could read the expectation in the air from the shimmery orange vibe that glowed like a Cheetos binge gone bad.

A few months ago, my friends had discovered my secret. The secret I’d hidden so teachers and doctors wouldn’t treat me like an amped up sensory perception freak. So friends wouldn’t ask.

Synesthesia. The condition sounded like the name of an electronic punk band. I’d made the full round of emotions about my sensory perception and being able to find portals. First, I’d hid it like you hide an ugly rash. Later, I’d learned to trust my friends with my secret. I’d even embraced it.

Now, I was back to wishing for normal.

Working with Regulus and Arizona was like playing Pop Goes the Weasel—a surprise around every corner. And did I mention I hate surprises?

Give me predictable any day. Then I could be ready. It’s why I made sure I knew the contents of every box under the Christmas tree. 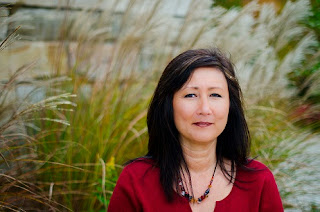 Currently working in higher education administration, she spends her days thinking of ways to improve education for college students. Brinda spends her nights devising exciting tales that involve teens who might be saving the world.

Congratulations again and best wishes to both Ashley and Brinda! Hope to see you over at Brinda's place.
Posted by Julie Flanders at 5:00 AM